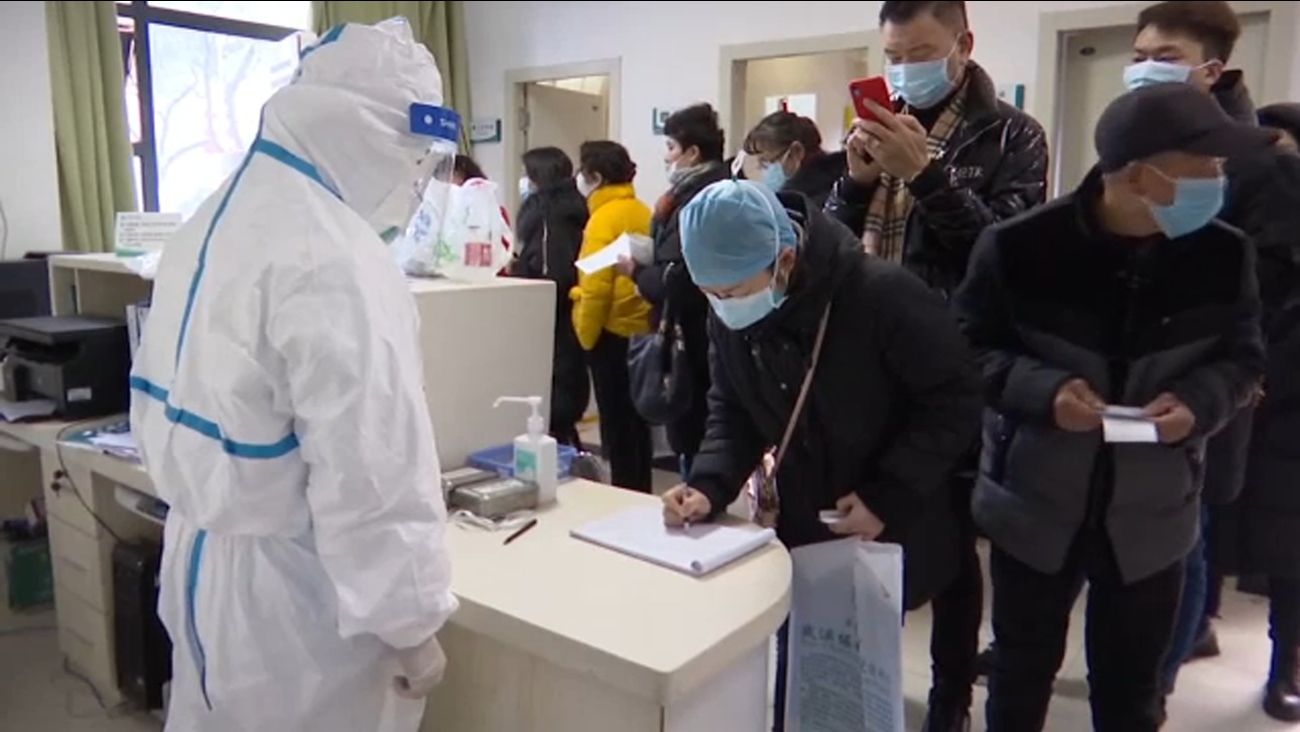 Updated 2 minutes ago
CHICAGO -- A Chicago resident is the second confirmed case of coronavirus in the United States, the CDC confirmed Friday. The CDC said that the patient, a Chicago woman in her 60s, is clinically doing well and is in stable condition. She traveled to Wuhan in late December and returned to the U.S. on January 13. The woman was not showing symptoms when she returned, but started feeling unwell a few days after returning, the CDC said. The woman has not taken public transportation or attended public gathering. The Illinois Department of Public Health and the Chicago Department Public Health are investigating locations where the woman went after returning from China. This is the second confirmed case in the United States of coronavirus, which has killed 26 and sickened more than 800 in China. The CDC said there will likely be more cases reported in the U.S. in the coming days and weeks. RELATED: New coronavirus kills 26, sickens 830 as China shuts down more cities Earlier this week, health officials confirmed a man in Washington state was diagnosed with coronavirus. Officials said the man in his 30s had recently traveled to Wuhan, where health officials believe the outbreak started in a fresh food market. The Associated Press contributed to this report.